How we founded the European Champions Alliance

05 Jun How we founded the European Champions Alliance

Posted at 07:48h in Life at ECA by Andrea Vaugan

How it all started

The Cluny Forum: a Franco-German initiative 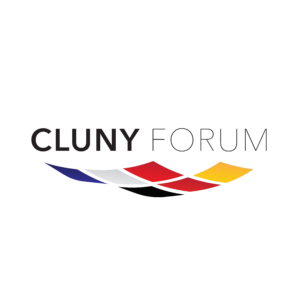 The foundation stone of the European Champions Alliance was laid at the Franco-German Innovation Forum of the Cluny Forum 2018, which took place from October 26-28, 2018 in the Telekom Design Gallery of Deutsche Telekom in Bonn, Germany.

The Cluny Forum is a Franco-German civic initiative with the aim of facilitating an intergenerational exchange of Franco-German professionals on various topics in order to better prepare them for their future management tasks (More information about the Cluny Forum here).

The Cluny Forum organises meetings and facilitates the exchange on socio-economic topics in order to support a common Franco-German awareness and to develop a corresponding attitude. The organisation of the Cluny Forum has created a platform for discussion and critical reflection on economic cooperation and integration between Germany and France and its impact on Europe. The Cluny Forum is not only a platform for events, but also supports the development of concrete actions between experts, young professionals and business leaders.

One of the four top themes of the Cluny Forum 2018 was Innovation & Digitalization. The aim of the panel discussions, lectures, and workshops was to develop innovative ways and concrete projects for the Franco-German community to help shape and support the digital change in both our countries.

Here the pitch about the outcome of the working group “Innovation and Digitalisation” with the concrete project proposal “#4 Cluny Start-Up“:

The foundation stone of the project was laid and the project team continued working on the topic. 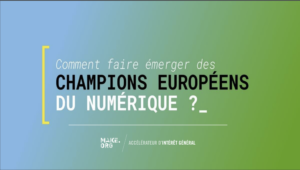 Shortly after the Cluny Forum, the Cluny team was invited by Luc Bretones to support the citizens’ campaign “Comment faire émerger des champions numériques européens” (“How to create digital European champions”) organised by Make.org and the Institut G9+ (a French think tank formed by the merger of 20 alumni associations from all fields, engineering schools, management, political science, universities with more than 50,000 digital professionals).

The Cluny Team helped organise the final event on 1 February 2019, where the results and projects of the campaign were presented (Here you can find a detailed overview of the event with many interesting videos and information. ).

One agenda item was a round table discussion with entrepreneurs from Germany and France as well as experts from the VC sector:

Here too, the aim of the campaign was to find concrete projects that could be implemented by campaign participants and interested persons.

Several projects were presented that evening, including the concept of the German-French Accelerator, presented by Andrea Vaugan, Vice-President of the Cluny Forum and later Co-Founder of the European Champions Alliance

…and the idea of the EuroTechPass presented by Carolin Marschall, Country Manager DACH & Netherlands at Evaneos

Excellent feedback on the 2 projects

Both, the Accelerator and the Eurotech Pass received very good feedback in the voting in the hall. In the final voting on the projects, both projects received 27% and 13% of the votes from the hall respectively:

So it went on

Special thanks are going to the team of the Cluny Forum 2018, Luc Bretones (then president of the G9+) for inviting us in and therefore for laying a cornerstone of the European Champions Alliance, Didier Carré (General Secretary of the G9+) for his enthusiasm and support for the project of the ECA and Axel Dauchez (CEO Make.org) for putting so much effort and passion into the campaign and to all the panelists and speakers who supported our idea and motivated us to keep on pushing the project to where it is today.

Do you want to know more about the European Champions Alliance and receive news about our actions and projects and backstage info?