A quick recap of the European Champions Alliance at the G9+ annual event, Paris May 16, 2022 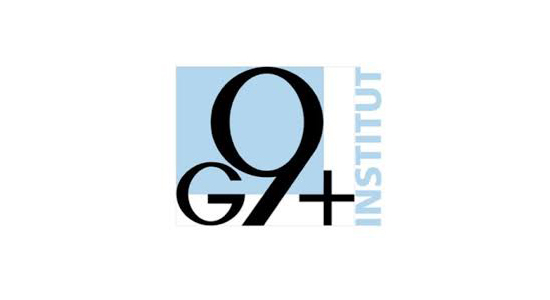 First of all, thank you G9+ Operations Committee for having had us at this nice event!

Instead of summarizing all the topics that were covered by several knowledgeable speakers, let me focus on what I have found most relevant in our discussion that evening: if we suggest that in general decision-makers should better consider European IT and Cybersecurity offers, is it a sort of breach in their classical responsibilities?

This debate was kicked off, with much elegance, by Henri d’Agrain, the delégué général of CIGREF (French CIOs organization). Henri said that company managers’ decision frame is determined by what is good for a) customers b) staff and c) shareholders. He also added that, in many cases, regulation should be responsible for fixing rules, which companies need to abide by when enforced but should not preempt in advance.

This statement opened an interesting discussion with the audience. Some participants add for instance the network of suppliers and partners to the company’s key stakeholders, and some others argue for a larger scope of criteria in taking decisions.

I was speaking for the ECA, but decided to adapt my speech to take a position in this debate. By doing this, I may have expressed personal views? I let my friends add their bit of salt to this question.

In my opinion, taking the example of cybersecurity, it’s obvious that competition between world leaders and European vendors is not always fair. Do I surprise if I say that some decisions in favor of US products are taken, mainly because of a habit to do so, more than after ta thorough comparison? Hence the question: does the ECA accept open competition? the answer is Yes … but precisely, we do not live in a world of open but distorted competition. To the question: is the ECA in favor of protectionism? the answer is No … we want to have a competition to trigger innovation and new benefits for users, while so far we live in a sort of oligopolistic market.

Let’s go a step further: yes, company managers decide given what’s best for their stakeholders. But this « best » choice should refer not only to short-term but longer-term interests. If I take a US cyber product because it appears less costly (and even this is doubtful), while neglecting that it includes hoovering features that will swallow some of my company data and help someone else monetize it, I am letting unfair competition build my future disruption. In whose interests is this?

Regarding Cyber, last but not the least, it is now obvious that a continuum exists between those Cyber-attacks whose aim is ransom or crucial information, and those aiming to disrupt key services and are the « civil part » of warfare. Similarly, some IT tools can be used to display false information or spread hatred. Can we consider choosing one of these tools neutral? For the Focus Group Cybersecurity of the European Champions Alliance, no, Cybersecurity is part of our sovereignty, and decision-makers have to take this into account.

Considering the number of contacts taken after my speech, it seems that these positions are shared to a significant extent.  The ECA encourages the use of European IT products because and when it provides quality solutions locally, thereby contributing to the socio-economic development and improving the resilience of the European ecosystem. We simply say: please revisit your selection criteria, make sure they are adapted to your actual interests, and make sure you can defend them in front of your stakeholders and of your children in good conscience!

Have a look at their website to know more about G9+!