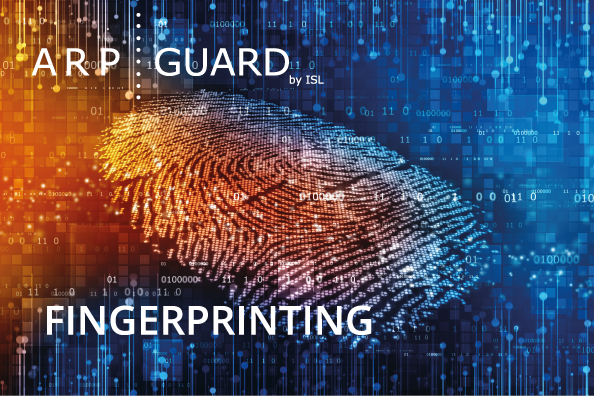 Briefly described: What does your company, ISL, do and what products do you offer exactly?

We have developed a solution in the field of network access control and have been selling it very successfully for more than 15 years. Currently, we are developing new products and will hopefully soon be able to offer them to customers. We have been one of the first providers of such software in the world and are still leading in this field.

Why is it important to think more European in the area of Cybersecurity?

Security as a whole is simply a very important asset. Given the growing number of Cyberattacks, many companies have realized how important it is to protect their resources. We have to think more European because Chinese companies in particular are not very popular in Europe and the other two big players, the USA and Israel, have to install so-called “backdoors” for the state. So there is never a 100% security guarantee with these providers. We in Europe, on the other hand, guarantee that there are no things like backdoors.

Where do you think European Cybersecurity stands right now? And what might need to be improved to improve the situation?

I think we have a large number of start-ups and also many established companies here in Europe. One difference I notice between the US and Europe is that success in the US is realized as the result of hard work and competition – everyone wants to be better than the other. I would very much welcome the exchange as well as the strengthening of trusting cooperation.

Another point that should be improved in Europe is the promotion of start-ups. Here in Europe, it is necessary to be profitable right from the start instead of having good growth prospects. That’s different in America – especially since much more money is generally invested there than here.

Has ISL already expanded in Europe? If yes, where? If not, what were the obstacles you had to face?

Yes and no. We are currently very successful in the DACH (Germany, Switzerland, Austria) region. Since last year, we have also expanded into France and Italy with initial success. We have coordinated this with native speakers from the respective countries to break down the linguistic and above all cultural barriers. We are still coordinating everything from Bochum, but we are ready to go to the countries as soon as they can finance themselves. The biggest challenge here is to understand the foreign market and the players there to create a successful expansion.

In which areas do you see the European Cybersecurity scene as having an advantage over the competition from Asia or the US? And where does Europe still need to improve?

First of all, we have a lot of highly qualified specialists in the field of Cybersecurity here in Europe. Also, as mentioned earlier, data protection is 100% guaranteed here in Europe – many companies are learning to appreciate this fact more and more.

I think in Europe there is still a lot of room for improvement compared to the US, especially in the area of funding.

In your opinion, how can we strengthen the European mindset in the Tech and Cybersecurity industry?

Here I see the work of the associations, such as the ECA, as very important. We have to get to know each other and work closer together. We also have to figure out which products might fit together to create added value for the customer. Customers today want simple systems that they can quickly get to grips with. Creating that must be our goal.

What is your vision for European Tech and what trends do you see in the European Cybersecurity industry in the next 5-10 years?

A central platform where customers find all possible solutions for their Cybersecurity problems combined will be the future.

In addition, the cloud topic will also become increasingly important in the coming years. And at the moment, I see Germany and Europe as a whole still lagging a bit behind. We should catch up as soon as possible.

Furthermore, our lack of experts will become even more acute. Since even our refrigerators at home have WLANs nowadays, more and more experts are needed – and we already have too few. So, we should promote the training of experts in the field of Cybersecurity and make it more attractive.

Another quick question due to the current situation in Ukraine, do you think that Russia’s current attack on Ukraine, in the Cybersecurity field, could trigger new discussions about Cybersecurity?

“ISL is a leading German software manufacturer in the field of IT security with a focus on network access control (NAC). Well-known companies from industry and commerce as well as banks, public authorities, health care, and research institutions rely on the Network Access Control solution ARP-GUARD developed by ISL to protect their IT infrastructure from unnoticed intrusion by unauthorized devices as well as from internal attacks.ISL Internet Sicherheitslösungen GmbH can look back on more than 20 years of successful company history. At the Bochum site, the ISL team develops solutions that efficiently secure increasingly complex corporate networks with IT security “Made in Germany”. In times of global networking, digitalization, and growing threats from espionage and Cybercrime, securing corporate networks is becoming increasingly important. The ISL team sees its task in protecting the resources and know-how of companies against unauthorized access, regardless of industry and company size.
ISL GmbH has been a member of the DTS Group since 2019.”

This interview was conducted at the End of March 2022.