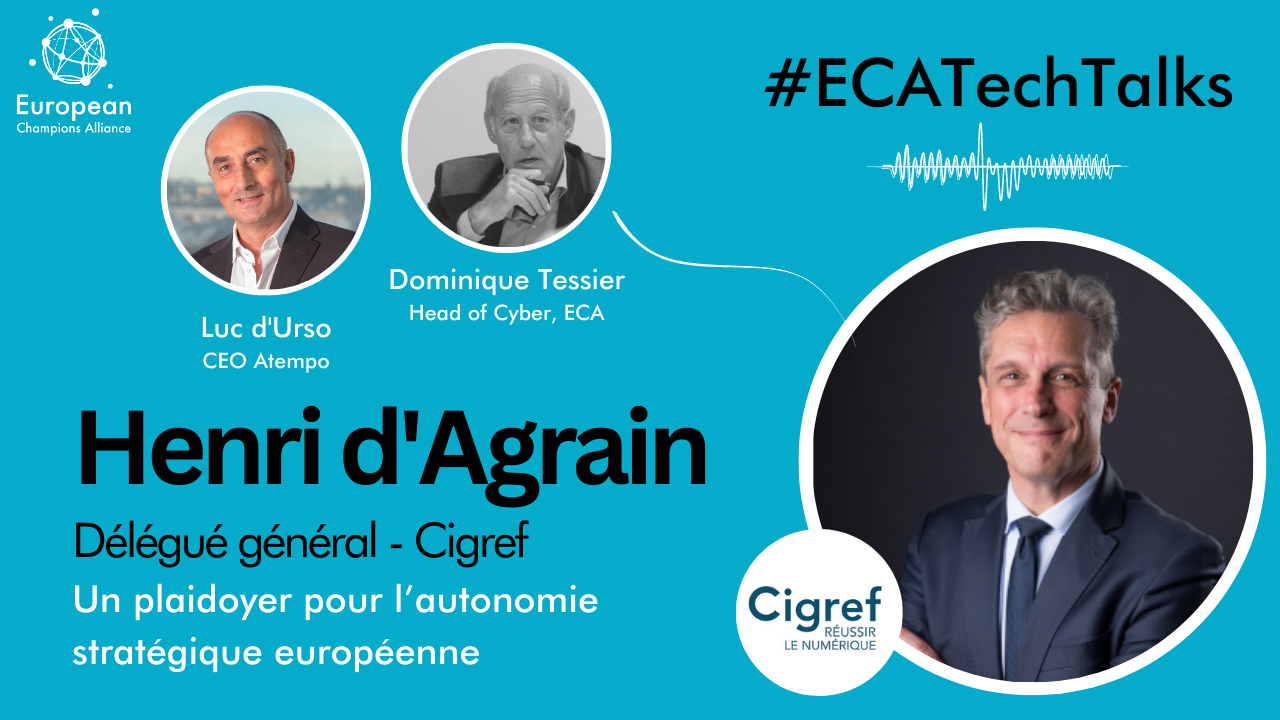 What is the Cigref?

Network of major companies: Created in 1970, Cigref is a nonprofit organization. It counts among its members some 150 major French corporations, listed or not, across all business sectors and public administrations. All are users of digital services.

CIGREF is a key player and federating body in the digital society, thanks to its high-quality thinking and the extent to which it represents its members.

Governance: CIGREF is led by a board of 15 members elected by the General Assembly. The president of CIGREF is Jean-Claude Laroche, adviser to the president of ENEDIS, the French electricity distribution company. A team of 10 permanent staff organizes the activities; this team is led by Henri d’Agrain, General Manager.

This organization has recently held its yearly convention. On this occasion, a set of key orientations has been adopted. They reflect a set of works which has gathered the Cigref team and a number of the members during 2022, which aimed at identifying the new challenges CIOs are confronted with: talent shortage, energy consumption reduction, cybersecurity threats … and the way to mitigate them. In particular, CIGREF insists on the necessity for companies to reduce their « external dependencies » and for European states and the EU as a whole to improve their strategic autonomy.

It seems essential that our members and followers know more about these thoughts and perspectives which will shape the future of IT in France and Europe.

More on the Cigref: https://www.cigref.fr/

A naval officer for 27 years, Henri d’Agrain has alternated, during his career in the Navy, between operational and command positions at sea and responsibilities in the field of information technology and communication means for the armed forces. His last position in the Navy Staff, which he left in August 2013, was that of Director of Information Systems and Cyber Defence Authority of the French Navy. From 2013 to 2016, he was President of Small Business France, a company he co-founded to help companies, particularly French technological and innovative SMEs, to access public orders and purchases from large groups. From 2014 to 2016, he was General Director of the Centre des Hautes Etudes du Cyberespace (CHECy), which he created in partnership with the European School of Economic Intelligence, in order to provide high-level training for public and private sector executives to give them the keys to understanding cyberspace, the opportunities it presents and the threats it presents.

Since 2016, he has been the General Delegate of Cigref, the association of major French companies and public administrations for the success of a sustainable, responsible and trusted digital environment for the competitiveness and performance of its members.

What are the key takes of his interview?

The general idea developed in these 35 minutes is about the new challenges that companies and large administrations are now facing and how they should be handled.

The necessity to compensate for the lack of talents in IT, to quickly increase the training of many more experts in this field, and to come to a better balance between men and women in a domain that used to be the privilege of men.

The necessity to define « security rules » for IT. Such rules exist and are mandatory in most industrial segments, with the notorious exception of IT! Cigref pledges for IT to abide by adapted public security rules for Hardware and Software components.

Finally, the necessity to reduce dependencies in the IT policy of users, companies and administrations and to foster strategic autonomy for the States and the EU. Dependencies exist today as most European IT systems rely on a small subset of suppliers, as the content handled by our IT systems and the knowledge and processes it embodies are too often mastered by others, and as the data themselves can legally be captured notwithstanding the will of their owners. For private companies, reducing these dependencies is a matter of surviving in the long term! And strategic autonomy means reducing these dependencies at the States/EU level by enforcing regulations and helping alternatives to develop, for instance, in Cloud services. At the European scale, Cloud services today amount to some 60 billion €, out of which some 70% are provided by 3 US hyperscalers. But in 2030, the total revenues will climb to some 500 billion €, which means that most of the challenge is still ahead!

And last but not least, the interview presents the cooperation between Cigref and its German, Belgian and Dutch peers: VOICE, BELTUG, and CIO PLATFORM NEDERLAND. The interest of this alliance is, on the one hand, to help users’ voices be listened to by EU regulations makers and, on the other, to push for such regulations to further foster Europe’s strategic autonomy for the better sake of users.

The video is in French with French and English subtitles. Access the parameters of the video to change the language of the subtitles.

Do you want to be part of the #ECATechTalks? Contact us here