EUROPEAN DIGITAL SOVEREIGNTY: THE MATURITY OF FRENCH PLAYERS IN QUESTION

EUROPEAN DIGITAL SOVEREIGNTY: THE MATURITY OF FRENCH PLAYERS IN QUESTION
YES or NO, are French players mature enough to reach critical size?

Interview with Luc d’Urso, CEO ATEMPO and Member of ECA 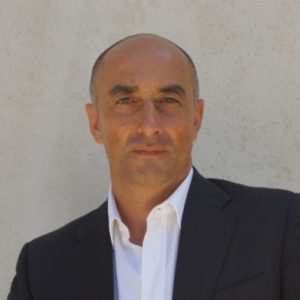 ECA: A wind of digital sovereignty is currently blowing across Europe. The Community seems to be fully aware of the challenges facing the protection and enhancement of business data to guarantee its economic prosperity and strategic independence. Yet some voices claim that European sovereignty is a fantasy, and the road to salvation will come from a well-regulated partnership with American Digital giants. Their main argument is based on the so-called lack of maturity of the French digital solutions, and more widely European offers that supposedly fall short of a critical size.

What’s your take on this?

Luc d’Urso: American stakeholders try to trap our media, political decision-makers, and major contractors in a sophism. They believe that Europe should surrender in the economic war waged by the great powers, lead by the US, to control data resources, which represent a crucial source of value creation, just because Europe has been left behind regarding the maturity of its solutions.

Should we remind them that their arguments were quite different in 1961 at the start of the space race after the Soviets had sent the first human into space? Eight years later, two American astronauts walked on the moon! Let’s just say that the supposed immaturity that prevents European digital solutions from reaching critical size deserves to be clarified.

ECA: Talk us through the maturity criteria of a digital solution?

LD: I will illustrate my point with Atempo’s experience. Atempo is a French software vendor, member of the FrenchTech120 – Alumni 2020, specialized in digital assets preservation which I have the privilege to manage.

First, I believe we all agree that a solution is considered as mature when it perfectly meets customer’s pain points. We are talking here about functional scope. A major concern for public and private organizations is to find adequate and efficient protection against cybercrime attacks.

Atempo’s solutions are widely implemented in many hospitals, which are regularly subject to targeted attacks due to the sensitive data they house. I strongly encourage you to read our testimonial of the University Hospital of Rouen(1) which was subject to a large-scale attack in late 2019. Other establishments, who did not resist  the siren calls of American “storytelling” have been less fortunate!

ECA: Great. But what about the scalability of European solutions often challenged by the GAFAMs?
LD:  Again, I am totally opposed to these intimations! OVHCloud, the European leader in Cloud Computing with a global presence, recently announced the launch of its Cold Archive(2) service, with 4 dedicated datacenters. This service, designed to protect exceptionally large volumes of data over very long periods, is built around IBM Enterprise 3592 Tape technology and orchestrated by … Atempo’s Miria solution.

I’m talking about protecting thousands of petabytes. To give you an order of scale, since you’re talking about scalability, the sum of all the data from American academic research fits into two petabytes.

ECA: What is missing for sovereign solutions to prove their global scalability? References from large users that are sufficiently significant?

LD: Atempo protects French government agency data, including the Ministry of  Armed Forces and we have gained the label “As Used by the French Armed Forces” for all our solutions. We also deploy Atempo at the Finance Ministry and the Interior Ministry…

Considering the requirements of these customers in terms of data protection, I believe that we should be able to meet the expectations of all global public and private organizations?

ECA: There are other concerns about the lack of interoperability with market standards or  the fact that European solutions are rarely packaged to be offered through a single portal with easy purchase and administration.

LD: Once again, I will talk about Atempo to give you specific examples. Our solutions protect workstations, physical and virtual servers, on site or in the cloud. They allow data to be stored on all storage servers on the market, regardless of the manufacturer, on all types of media: disks, tapes, S3!

When it comes to the integration to simplify the process of purchasing a European solution and its implementation, the latest achievement is our recent global partnership with Quantum, one of the leading manufacturers of high-volume data storage. Thanks to this bundle and the seamless  integration of our software into Quantum’s storage portfolio, any organization in the world can effectively protect itself against any risk of data loss or business interruption through a single point of purchase of complete bundled offerings.

ECA: European players are sometimes considered as not having an international scope and therefore not being able to support their solutions worldwide.
LD: In a worldwide economy, I agree that a mature player must necessarily be global. Atempo is present in Europe, the United States and Asia through 7 subsidiaries or sales offices. We generate 30% of our turnover internationally.

To illustrate our world-leading expertise, I can say that we protect 50% of all films and cartoons produced in the US, and our solutions manage the largest media libraries such as the National Film Board of Canada, as well as the most prestigious research laboratories in the world such as DiRAC (Distributed Research utilizing Advanced Computing), a UK HPC facility for astrophysics, cosmology, nuclear and particle physics.

ECA: Such coverage requires a powerful distribution network. Doesn’t that make it difficult? Are European players distributed beyond their borders? Are their offerings easily accessible to customers?

LD: Our solutions are widely distributed, and I don’t think Atempo is an exception. They are referenced by the largest Value-Added Resellers such as Tech Data or SCC for public markets. As for MSPs, they can procure our solutions from the two leading providers in the sector: Cris Réseaux or Watsoft.
As far as office automation resellers are concerned, they can rely on the major manufacturers such as Ricoh, Toshiba, Sharp… And for HPC customers, our solutions are also listed in the most powerful manufacturers’ catalogs: Quantum, Qumulo, Vast, DDN …..

ECA: In summary, the maturity of digital solutions should be measured by their functional coverage, their scalability, their reliability as attested by testimonials from customers, their simplicity to purchase and to manage, as well as their global presence?

LD: Absolutely. I believe that when it comes to solution maturity, we tick all the boxes. We do not deserve to be  isolated in  our competitors’ playground. In fact, to be exhaustive, we need to complete the analysis grid with a few criteria deliberately omitted by competitors.
European and sovereign solutions meet today’s challenges better than any other by ensuring:

– Data confidentiality thanks to the immunity to the American Cloud Act,
– Security certified by labels and certifications and software codes of confidence, edited in Europe that protect from geopolitical risk,
– Compliance with European regulations, in particular the GDPR,
– Jurisdiction of European law for contracts, in the context of increasing legal risks linked to the changing nature of sophisticated architectures,
– Affirmation of the CSR policy: Intellectual Property and job creation, preservation of talented people qualified in our public mathematics training programs that have global recognition for their excellence, plus the generation of taxes to finance our public services…

ECA: These facts are extremely encouraging for the European digital sector. However, the fact remains that very few players can claim to have international critical mass. If the maturity of the players is not the issue, where is the problem?

Structural constraints to achieving critical mass for European players are few but significant.

First, the lack of enthusiasm from public authorities to massively direct their orders to sovereign players is because European public procurement regulations are completely discriminatory on an international scale.
By committing to huge public orders for US players, the US government is clearly financing the scale-up of its champions: the US defense JEDI deal won by Microsoft in 2019 is valued at 10 billion dollars.

Amazon received a similar windfall in 2021 as part of the NSA’s “Wild and Stormy” project. The same happens to Chinese players who lead their own public markets. This is not the case in the European market, which is split into 27 separate markets widely accessible to external competition.

Public procurement also acts as a leverage for fundraising, since investors estimate that one euro of procurement is currently valued at between fourteen and seventeen times.

In addition, given the absence of sufficient public orders, no one will be surprised by the limited amounts invested in fundraising by European players. The situation has improved over the past three years but it remains true that for the same size, the amounts raised by our American colleagues are five to ten times greater than those raised by European players. This  allows them to have ten American developers and ten others in India, whereas their European competitor has only one.

This funding gap is particularly evident in marketing and influencing capabilities… In the past, many European IT players were reluctant to project themselves on an international scale, whereas their American counterparts did so naturally. Today, however, this is no longer the case. Yet  a European software vendor who starts working in the global market still has limited resources compared to its global competitors.

Bear in mind that the 3 major research and analysis firms hold the lion’s share of the tech market: Gartner, Forrester and IDC. The surveys of these firms constitute the bible for many procurement decisions. It is obvious that these three firms are American and therefore provide US players with higher visibility and endorsement.

Finally, by introducing an intrusive and borderless legislative and regulatory approach, which is applicable to both the Gafam clouds and to any American SaaS service provider, the United States has appropriated the right to read and use any data hosted or processed by its global digital industry.

This approach is constantly being reinforced, as demonstrated by the recent political agreement on international data transfers between Joe Biden and Ursula Von der Leyen.

In 2019, the Gauvain Report, about preventing companies from being exposed to extraterritorial laws and measures, warned us about the threat that American legislation imposed on our business.

French cybersecurity players, seen as a growing threat to their American counterparts, paid the price!

ECA: Thank you for this insight. A final word?

LD: Let’s not be fooled. Regardless of our supposed technical debt, surrender is not an option because the battle for enterprise data has only just begun.

Technological continuity in digital is a vision of mind. The competitive advantage of a dominant player can at any time be swept away by a disruptive technology. When the strategic autonomy of the Union and its economic prosperity are at stake, we should allow ourselves to project into the medium term.